Over 1000 impressions a day, suddenly down to 0. What gives?

I’ve been a seller on fiverr for about 9 months now, and was averaging about 1000 impressions on my gig a day. I have a 5 star average and over 300 completed orders on my one gig. All of the sudden, literally overnight, my gig’s performance dropped from 1000 impressions to 87, now I am getting around 10 per day.

I have worked so hard to build this gig up, gave my heart and soul into each order only to get gutted by what seems like an extremely arbitrary, and quite frankly unfair decision by Fiverr.

Fiverr won’t tell me what I did wrong, even after contacting support. I was even able to promote my gig using Fiverr ads, and all of the sudden, that service was no longer available to me, citing “your gig no longer meets the quality standards required to use Fiverr ads”. As far as I am concerned, this is the worst feeling of all. Being told that my gig is of low quality when I have had literally hundreds of people give me raving reviews on my gig that I have worked so hard on.

Here’s a link to my impressions: 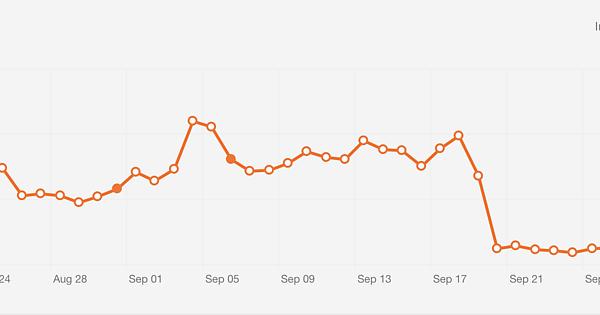 I feel like I am dead in the water here. I feel upset and betrayed. As unfair as it is to me, it’s also unfair to the customers who are looking for my service that can no longer see it. Has anyone gone through something like this and have come out the other side in a positive way? Thanks in advance for your reply.