So yesterday, I decided to compare the two. I went to both CCD and Starbucks and ordered a Cappucino Tall. At Starbucks, this costs $3.31 and at CCD, $2.3. But since there aren’t that many Starbucks in India, the one I went to was overcrowded - I really had a tough time getting a place to sit, especially on a Sunday evening. With CCD, you will always get a place to sit, that’s never a problem. In fact, the seating arrangements are actually better at CCD - better chairs, better furniture.

As for the quality of the coffee - there was no difference whatsover. You get the same Cappucino in CCD that you get at Starbucks, but since Starbucks is an international brand, the coffee costs more in Starbucks. But the Starbucks baristas are better educated, speak better English, and are paid much better. CCD employs young people from poor families and trains them, which is a good thing too.

PRO analyst. Pay and get your cappuccino, @rainny_writer

Why pay when I’ve got an expert by the corner? Besides, ain’t no Starbucks here in the Arctic.

Starbucks is kind of seen as an upscale option in the UK, but I have no idea why. They get a lot of stick for poor quality coffee, less than great conditions for their farmers and a terrible record in recycling. The stuff like this happens - 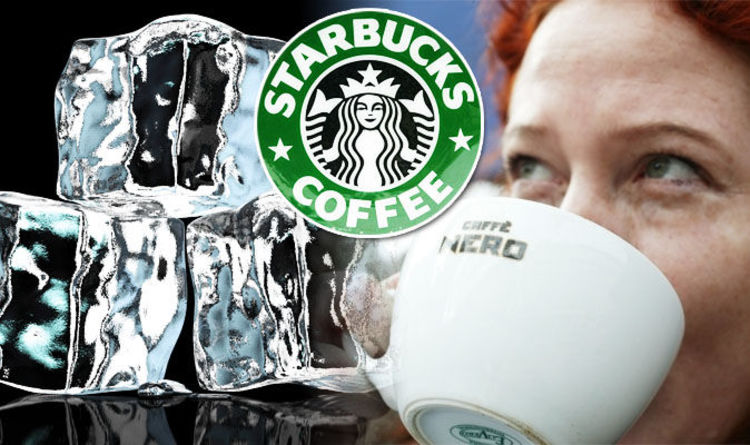 Bacteria from FAECES found in ice at Starbucks, Caffe Nero and Costa

STARBUCKS, Caffe Nero and Costa have all had bacteria from faeces found in their ice. The unsavoury findings were discovered by a BBC Watchdog programme.

I think that I’ll stick to local, thanks!

Interesting topic as always (or most of the time, lol). Good analysis.

Starbucks baristas are better educated, speak better English, and are paid much better.

I think there goes why Starbucks coffees are more expensive than CCD? Not to forget about the marketing part too. Does anyone know if Starbucks spend more money on marketing more than CCD do (for this you need to ask their marketing managers, maybe, lol)?

As for international brand, let´s face it, people in general (so this means I am not saying all people are the same) like anything international, people like a well-known product, it gives them a good feeling. Just like people who buy from a local fruit vendor. Did you know that some (not all) local fruit vendors who have their own shop, their fruits prices are more expensive than the fruit prices in the supermarket? But some people still buy from the local vendor coz it gives them a good feeling, the feeling that they have been a good buyer by supporting a local vendor.

And remember, people who come to a coffee shop are usually the ones who are ready to spend money for that price for whatever reasons (otherwise they would just have coffee they make themselves at home or in their office). So they don´t really come for a cup of coffee for some caffeine boost (although that sometimes for some buyers is one of the reasons too why they come), in general they come to hang out and they are ready to spend money that much. It is not about primary needs anymore (food, clothes, a roof on your head), it is about tertiary need thingy. So $1 dollar more expensive is a nothing for those who choose Starbucks rather than CCD.

Edit: I am neither a supporter of Starbucks or CCD. I was just sharing my thoughts.

I love CCD coffee. I generally go there with friends and enjoy the chit chat section

I don’t understand coffee shop people. I have 5-6 cups of instant at a cafe every morning by the sea while working but it’s hardly a coffee shop.

For me, Starbucks is about grossly overpriced narcicisstic personal image cultivation. For instance, before I was a freelance person, I used to be genuinely interested in what these people in Starbucks did for a living on the MacBooks which they always seemed to be perched in front of super seriously.

Nothing. It’s all a huge like. The trendy people who pretend that they have very important things to do on their computers in Starbucks are actually either unemployed or work at McDonald’s down the road. What they do in this case, (in order to escape the grim reality of their lives), is live vicariously through future ideas of one day being a famous author, or most ideally of all, someone who gets paid just to talk about themselves in coffee shops like Starbucks.

Don’t become one of them, Writer. much more importantly, stop throwing your precious rupees at a caffeine addicted American mermaid! This isn’t the strapping young nationalist Modi has taught you to be! Support your local CCD!

Yeah, people who go to a coffee shop usually come to hang out. I mean, most of them.

I live in the countryside, so I make my own coffee at home every morning. I only need one coffee per day.

You know what @writer99025, when I saw a thread called “Starbucks vs. Cafe Coffee Day - An Expert Analysis”, I knew it was you

Nice analysis my dear friend. But I am always a Starbucks lover, I know it’s more expensive than CCD but love is blind dude. And moreover you won’t get many CCDs who give you free WiFi all the day around and at Starbucks you can easily find early stage startup founders, freelancers, and mixed students group who may be working on a project. That’s why I love Starbucks more. It’s not the coffee always, but it’s the positive environment that moves toward Starbucks.

You are replying 2 years later (maybe you didn’t notice) and the OP is no longer on Fiverr.

The moderators don’t like to see old posts resurrected.